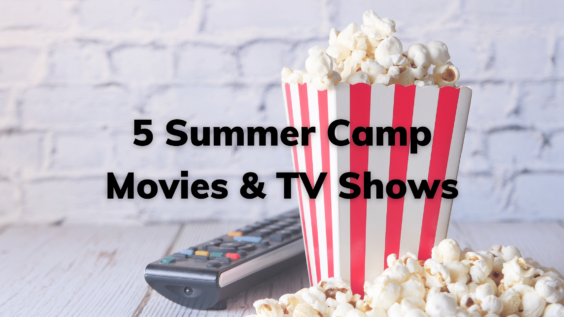 Summer camp is the true childhood experience. Regardless of your background, it’s likely you attended some kind of summer camp as a child and formed lasting memories. If only they made summer camps nowadays just as fun for adults! While you may not be able to attend summer camp again, you can relive the good ol’ days of summer camp through various movies and TV shows.

We have gathered 5 summer camp movies and TV shows that will help you reminisce the days of summer camp. If you’re unaware of these films, beware! There may be a few spoilers.

Ah, summer camp! What fun to be a kid again having fun at summer camp. The movie is intended for all ages, it’s a classic family movie. But… what if you accidentally met your twin sister you didn’t know existed?

The Parent Trap movie is our personal favorite and is a remake of The Parent Trap (1961). Young Lindsay Lohan is the star of the movie as she plays both main characters, Annie and Hallie. Annie and Hallie are strangers who met at summer camp, but quickly learn they’re identical twins. They were separated from a young age when their parents divorced and the sisters moved to totally different places, not knowing they had a sibling until they unexpectedly met at summer camp.

Throughout the movie, we follow their journey at summer camp and then watch them bond and grow their relationship. Fair warning… upcoming spoilers if you haven’t seen the movie! The twins decide to swap places after summer camp so they can spend time with their other parent. The girls later confess to their parent that they swapped, which leads them all to reunite again and the parents remarry each other.

The Parent Trap (1998) is available on Amazon Prime Video.

The primary audience is children and teenagers, but we can all enjoy the fun and nostalgia of summer camp through this TV series.

Bunk’d is a spinoff from the popular fiction TV series Jessie (2011-2015) where siblings Emma, Ravi, and Zuri Ross experience lavish life in New York City with their nanny, Jessie. In the series Bunk’d, the siblings are sent away to Camp Kikiawaka, the camp where their parents met. The series follows them through their exciting journey as they adapt to camp life, meet new friends, and learn to experience the fun of summer camp, even though it’s drastically different from their lifestyle in New York City.

You’re never too old to reminiscence the fun of summer camp! Bunk’d is a fun and comical TV series about life at summer camp.

As of October 2022, Bunk’d has been renewed for a 7th season and is expected to air mid-to late 2023. Now is the perfect time to get caught up on Bunk’d before it’s historical 7th season.

Bunk’d is available to watch on Netflix.

Camp Rock is an iconic Disney Channel throwback. Young Demi Lovato and The Jonas Brothers are the stars of the movie. Lovato’s character, Mitchie Torress, is a high school girl who really wants to attend “Camp Rock,” but it’s not affordable for her family. She eventually makes it to Camp Rock and we follow her journey throughout the movie as she faces her fears and shines in the spotlight.

The plot of Camp Rock doesn’t take place at a typical summer camp. Rather, Camp Rock is a music camp that gifted teenagers attend. It’s a cheesey 2008 movie that is sure to bring nostalgia of an old Disney Channel film and the feelings of summer camp.

Camp Rock is available to watch on Disney+.

Each episode is about 30 minutes long and features 2 different segments within. It’s a quick and easy watch for all. If you’re interested in short cartoon episodes centered around summer camp, Camp Lazlo is the perfect series for you.

Camp Lazlo is available to watch on Boomerang.

Is summer camp actually fun? Character Morris “Mud” Himmel would have originally argued otherwise. As a junior high student, his parents wanted to send him away to summer camp. Mud was not having that because… how boring! He argued that summer camp was so boring and he hated the idea of going. After talking with his friends, he learned they were in the same situation.

Mud and his friends end up getting sent to summer camp, but there’s a twist. With the help of their school teacher, Mud and his friends created a fake camp (hence the movie title) with no rules and all fun. The parents were tricked. We won’t spoil any more of the movie, you’ll have to watch and find out what happens next. Camp Nowehere is a classic camp movie sure to bring you a laugh or two… or many.

Camp Nowhere is available to watch on Disney+

These movies and TV shows are sure to put you in the summer camp spirit. Oh, the nostalgia! We hope you find brief this list of recommendations helpful for your next summer camp movie and TV show binge. Looking for ways to document and make your very own summer camp movie? With WaldoCamps, get world class photo and video management with automated delivery to your camp families.