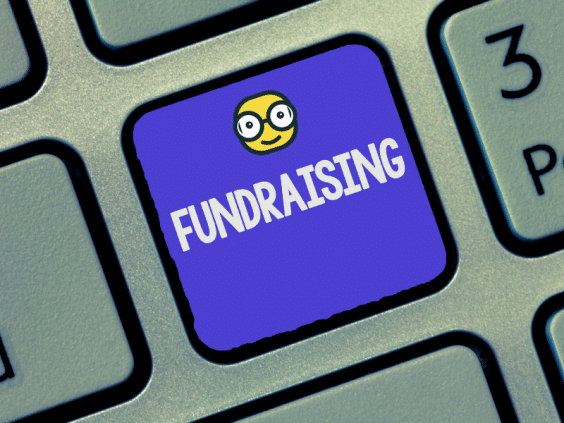 Parents love to see pictures of their children, all the time — whether it’s ziplining at camp, on a field trip at school, or scoring a goal during the weekend tournament! What if we told you there are schools, camps, and youth sports leagues who’ve turned these captured moments into $400,000 in fundraising?

Yes, that’s right! Waldo has helped schools, camps, and youth sports leagues like yours fundraise over $400,000 through the delivery of photos on the Waldo photo sharing platform. Today, we’d like to share that story with you!

As staff, parent volunteers, teachers, and the yearbook team take pictures, they end up stuck on an SD card, on someone’s hard drive, or scattered across the cloud in Dropbox, Google Drive, or SmugMug. What happens next?

“It was a mess. Nobody knew where to find anything! There was no organization. It was really hard to get parents to turn over the pictures and communicate how to share them!” says Katsy Joiner, Social Media Coordinator, Bracken Christian School.

It’s the same everywhere. “Before Waldo, we utilized Google Drive for all of our photos. We had a ton of different folders across the spectrum of the school,” shares Christian Mims, Director of Marketing & Public Affairs, Riverside Military Academy. 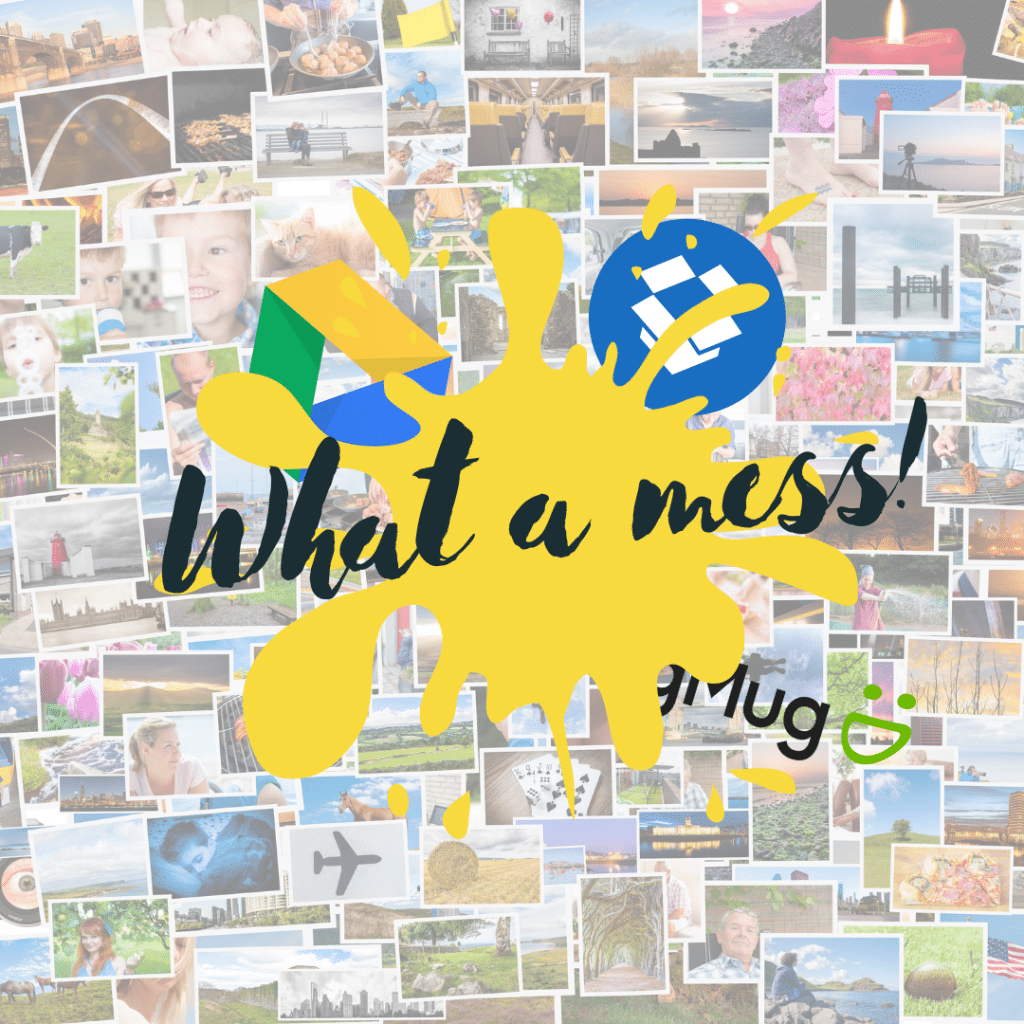 The old world for schools has been one of disorganized photos, missed memories for families, and lost marketing value from the lack of branded photo shares. And this is just the candid photos. When it comes to Picture Day photos, organizations have traditionally given up most or all of the profits from these photo sales to outside vendors. With Waldo, these photos can become a school’s #1 fundraiser.

How life changes with Waldo 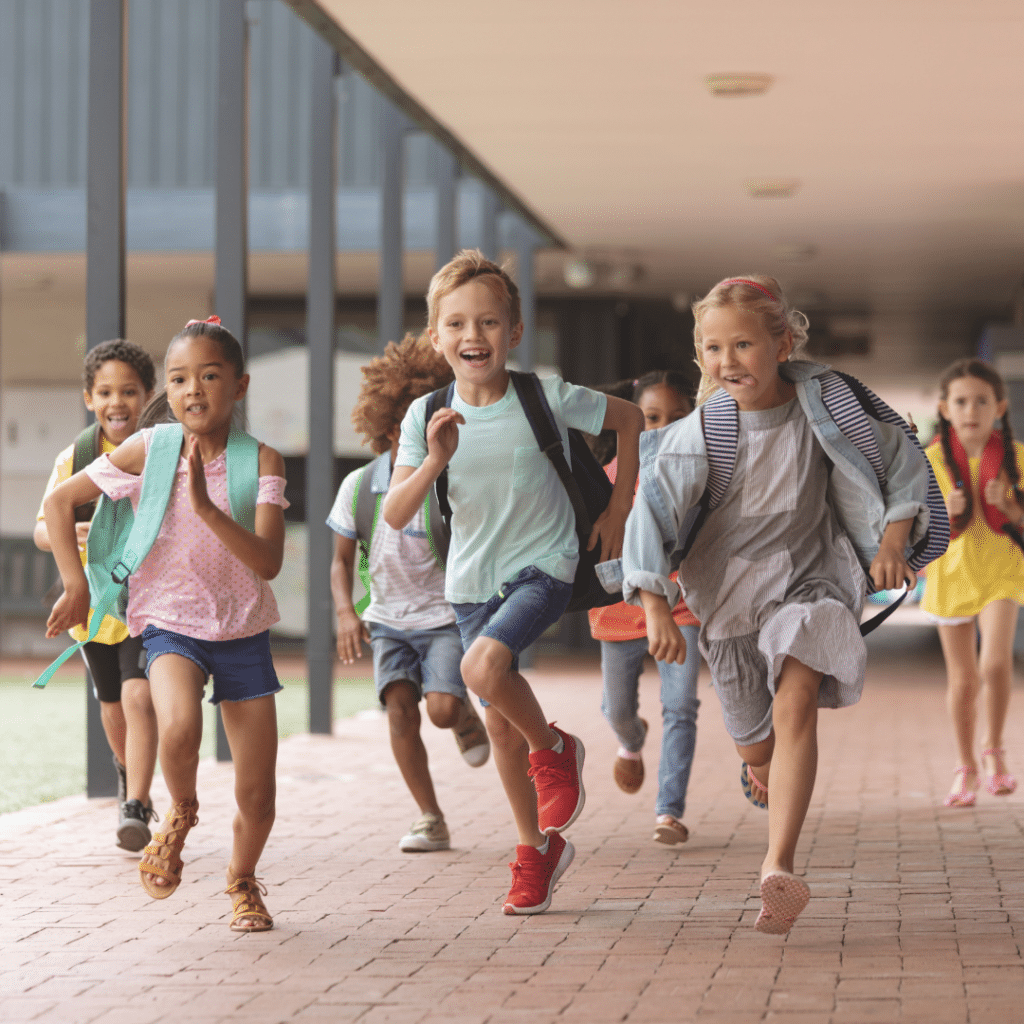 Waldo spotted this opportunity and developed a solution where parents, schools, camps, and youth sports leagues all win. Parents, grandparents, aunts, uncles, and the kids themselves all value these photos. Whether it is their little ones’ first field trip or night away at camp, or their teens competing in athletics, or performing in the band or theater, with Waldo they are delivered their photos in near real-time and get to enjoy the moments they missed as well as cherish those they were part of.

Prior to Waldo, if photos didn’t make the yearbook cut, which is typically about 2% of the photos taken, they were rarely seen. And, if they were posted online, parents have had to deal with the horror of weeding through hundreds of photos from an event to find a few photos of their child.

For marketers, today’s marketing is driven by photos, videos, influencers, and earned media. Waldo has completely changed the game for camps, schools, and youth sports leagues by empowering them with a platform to get significant marketing value from their photos through the social media reach of their families.

Waldo’s system of pushing photos featuring specific kids to their families and branding these photos with the organization’s brand, plus auto-hashing the photos as they are posted by parents to social media, has created a meaningful uptick in earned media for Waldo’s school, camp, and sport league partners. Every organizations’ families possess 40-50x the reach of the organization itself — Waldo’s branded photo delivery platform unlocks this value. 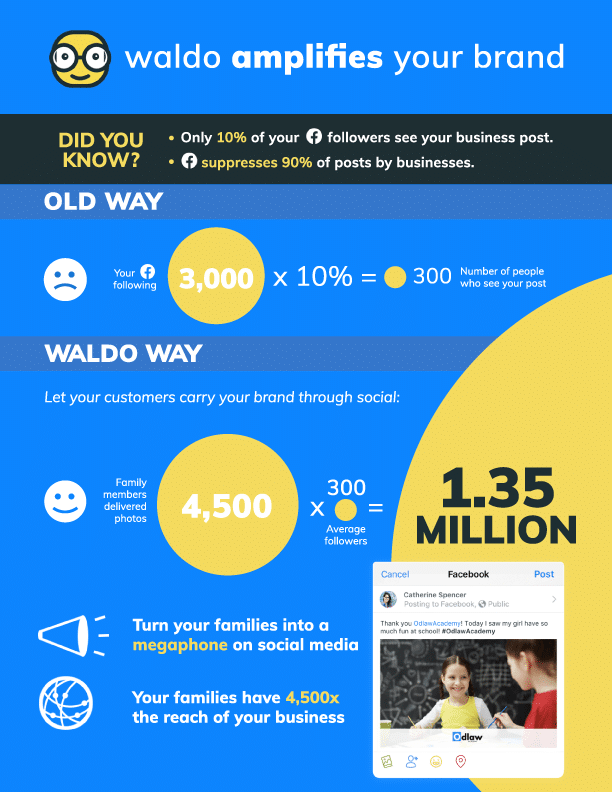 Quick link: Contact us to learn more about fundraising with Waldo here.

“Waldo improved our photo management exponentially,” shares Mims. “We are an international boarding school. We have parents across the country, across the world, and Waldo is just so easy for them to use.”

With Waldo, you will be able to increase engagement levels with parents and the extended family. By sharing pictures in near real-time, you’re able to deliver moments of delight to parents and grandparents who can’t make it to the field trip, the out of town football game, or are missing their little one away at camp for the first time!

“Waldo’s delivery of branded photos to our parents helps us market our camp in a way we’ve never been able to,” says Travis Adams, Owner of Camp Huawni. “Having our parents share the Camp Huawni story through photos with their facebook followers is marketing gold.”

Through Waldo’s unique facial recognition and numbered jersey recognition technology, you ensure these memories your community snaps get to the parents who will value them the most, without their having to wade through online galleries or beg the photographer who captured them.

As Joiner says, “The best sell of the product is for them to be able to actually see it on their phones. With facial recognition, they see that it’s only six pictures of their beautiful angel, not a hundred pictures of the donkey, and Mary, and Joseph, and the other angels! The grandparents see only their angel, the one they really want to see!”

Waldo also enables anyone with a unique link to the platform to be a photo contributor. “Waldo was the next level thing we didn’t even know we needed until we had it. I can’t ever imagine not having it now,” says Joiner. “Waldo has streamlined our processes with photo gathering. We are able to utilize multiple people across the campus, whether it’s elementary, primary grades, pre-K, or juniors and seniors in high school, or parents at an athletic event.”

“Parents came up to me on closing day and said ‘you can change whatever you want to change about camp but don’t change Waldo! We love it!’” says Larry Johnson, CODA President and Director of Camp Skyline.

How it all comes together for fundraising

Waldo helps turn both candid action shots and picture day portraits into fundraising dollars. With photo management and delivery being such a breeze through Waldo, it becomes easy for schools, camps, and youth sports leagues to securely sell their photos to parents and the extended family.

Waldo leverages facial and numbered jersey recognition to identify students and deliver photos. For receiving candid photos via text and app alerts, parents pay a subscription fee and are able to securely view and share all their child’s candid action shots through Waldo’s highly-rated mobile apps. Parents pay a small subscription fee for Waldo to do all the hunting and pecking for them and Waldo shares a percentage of the subscription fee with the school, camp, or youth sports league. 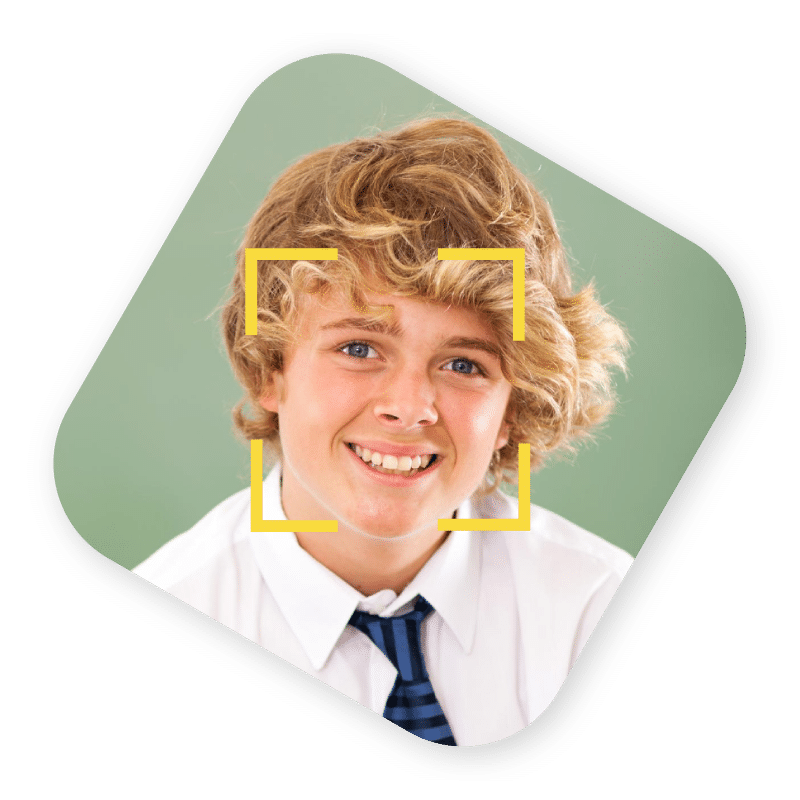 Waldo’s platform simplifies Picture Day with its use of facial recognition based delivery and mobile purchasing of print packages. All schools and leagues have to do is snap the photos and upload them to Waldo! Waldo takes over from there and delivers each family their proofs via its patented FaceBlockerTM technology which allows for mobile proof delivery without theft. Once parents place their orders via Waldo’s web app, Waldo delivers the photos directly to their home or office, and the school or league raises money for their designated fundraiser from every print package purchased. 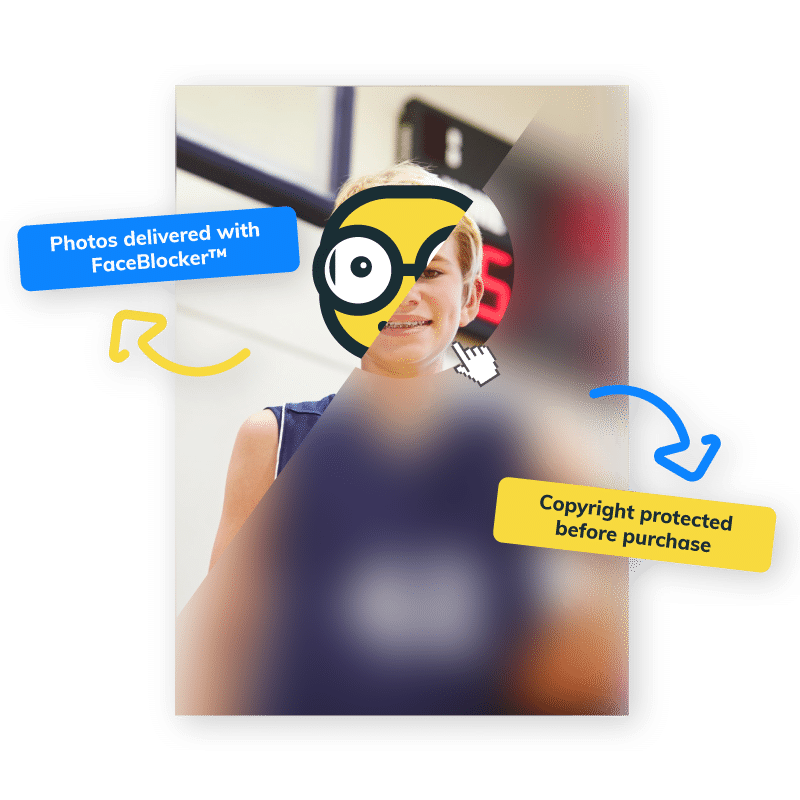 “We used to have a big service that would come in and they charged a lot of money!” says Joiner. “It was just a lot of hassle and they only had one day and just one time, whereas we have our photographer who is a parent of a child in our school! We get to utilize his skills and he’s able to upload all of the pictures that he captures for us. Waldo does the rest!”