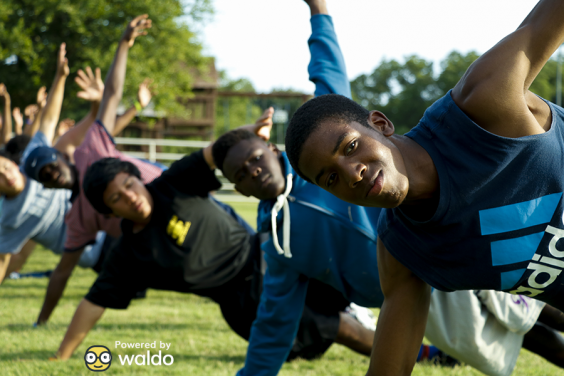 We’re off to camp!

This summer, parents will have a new way to keep in contact with their campers at some of the Texas Hill Country’s most well-known summer camps.

We are bringing our facial recognition technology to camp, which will help find camper’s photos and deliver them to the ones who miss them the most – their families!

The technology is offered as an optional service for families, who simply submit their camper’s session code and photo to the service. As soon as photos are uploaded to the albums, Waldo matches the camper’s face to the photos then delivers them instantly to the camper’s parents via text or in-app notification.

“We are so excited about this service, which will save our parents so much time each night and better connect them to the camp experience,” said Alice Myer, Director of Marketing at T Bar M Camps, one of Waldo’s partner camps.

The photo service is also serving as a new fundraising means for camps, with 50% of proceeds at each camp going toward camper scholarships or other designated charities.

A heart-centered connection to camp

The camp community is close at heart for Waldo Photos founder Rodney Rice. He remembers his summer camp days in the Texas Hill Country like they were just yesterday. And he also knows what it’s like to be a camp parent, with three children of his own and their 10+ years of summer camp.

“For the past 10 years, my wife Ann and I have been weeding through 300 – 500 photos per night just hoping to see a photo of them having fun and hoping we didn’t overlook them in the sea of photos,” Rice says, “I thought there had to be a better way and decided to develop Waldo to solve it. We’re excited to be introducing Waldo to some of Texas marquee camps and will be introducing it at schools, youth sports and resorts later this year.”

Waldo will be used this summer at T Bar M Camps, Still Water Sports Camps, and Camp Balcones Springs in the Hill Country. It will also debut at Camp Rockmont in Black Mountain, N.C.

For more information on the Waldo camp service, visit: https://waldophotos.com/camps.