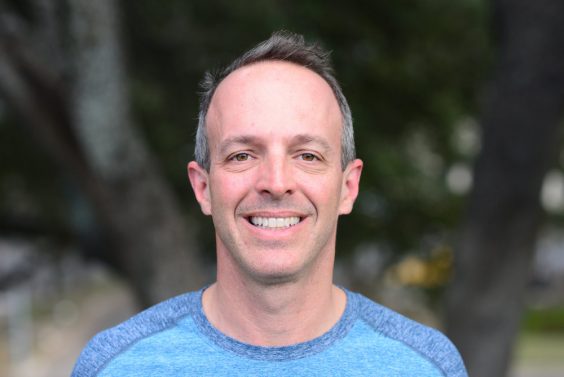 You could say Rodney Rice, CEO and founder of Waldo, is a serial entrepreneur.

He was on the founding team at Einstein Bagels (you had me at Asiago!) and later co-founded HomeAdvisor, a leading home improvement website and mobile app.

It was his love of startups that spiraled him into the world of entrepreneurship from a lucrative yet lulling Wall Street desk. And one that sustains him today.

“I just fell in love with the process of building a product that makes people’s lives better,” he said.

Get him talking and he’s sure to tell you about 20 ideas currently rolling around his head. He talks fast and passionately with a charming southern drawl, and before you know it, you’ve downloaded his app, hired a handyman on HomeAdvisor, and ordered your Asiago with garden veggie shmear.

A way to deliver photo needles from an album haystack

So what does this new app do? Watch this quick video about the camps product to see!

With Waldo, every photo of you and your family, taken by others, is delivered to your smartphone. Whether you’re looking for photos from summer camp, your child’s school, your friend’s wedding, or your latest vacation, Waldo finds your photos and delivers them to you.

How does it work?

You submit a selfie to the Waldo app. The technology then uses a combination of facial recognition, GPS, time and album code matching to find your pictures and then delivers them directly to your smartphone.

The original genesis of Waldo started with the idea of capturing moments when you’re at a stadium or arena, Rice says.

“You know, you see the mom holding up her Gerber baby on the Jumbotron, the father and son high-fiving. Everyone has their little Andy Warhol moment. But it’s grains of sand in your hand. You’d love to have that photo, but you were never going to get it.”

Until now. With the perfect timing of improved facial recognition technology, access to the cloud, and everyone having a smartphone in their pocket, Rice knew the time was now for this product.

“I knew it was finally possible to pipe into that Jumbotron video feed, grab those digital stills, run them through facial recognition, and deliver them to that mother and her Gerber baby,” he said.

As you can see, the original zeitgeist surrounding his idea centered on live entertainment and professional sports. And Rice spoke early on with several big names in the pro sports arena. “They were excited. Really excited.”

But a pragmatist at heart, he’s quick to quip: “It takes more than excitement to build a startup.” He’s a data guy, which he credits to that first number-crunching job on Wall Street.

A solution to his own consumer needs

Rice sharpened his pencil and ran the numbers. Then ran some more. And, rather remarkably, he kept bumping into new opportunities where this technology could not only be used but fill a void left by antiquated technology currently in use.

There was the family ski trip to Vail when all the kids were tubing and their friends, celebrating their 25th wedding anniversary, were caught on the big screen on their tubes – a wonderful and memorable keepsake. Rice took a blurry photo of the screen and passed it along to them. But it was certainly a missed opportunity for a photo sale and quality keepsake for the couple.

Then there was his 14-year-old daughter’s tennis tournament. A photographer was there, his 12-inch long lens pointed directly at her from the net post. He dropped a card in her tennis bag and she couldn’t wait to get the pictures. They never came.

And, of course, there’s always summer camp. Rice and his wife would sift through 400 photos every night for two straight weeks every summer in the camp’s online albums to find 3-4 photos of their kids.

“Everywhere I turned, there was a situation where people were photographed and weren’t getting any photos,” he said.

A suite of enterprise products

This technology wasn’t truly possible until recently. Well, unless you had funding from one of the “big guys” – the Facebooks or Googles of the world, Rice explains.

As each bit of the technology became more democratized, Rice and his team pulled his dream product together.

The release of the app includes a suite of enterprise products:

The products have already experienced early success. Rice recounts the first time they sent the product into the wild and how he received a phone call from a happy customer, thanking them for the photos.

“You know, you dream about an idea,” Rice said. “You build, you build, you build, and then you see the customer value it? Wow. When that woman called us after using the app, that was pretty incredible. I could visualize delivering that delight billions of times. It’s really exciting. We’re basically just at the beginning of this journey.”